About David: I grew up in a large family of farmers in a small town outside of Dutton, Ontario with 6 brothers and 4 sisters.

All of which worked on the farm taking care of the animals and crops.

This is where I developed my love for animals.

In 1983 I graduated from the Ontario Veterinary College (OVC) in Guelph and pursued my dream to save the lives of animals.

After graduating I spent a year working at a large animal practice in Bruce County before moving to London where I spent 7 years working in the London Vet Emergency Clinic.

5 of those years I managed the clinic and met my beautiful wife, Dr. Kimberly Stewart Littlejohn.

Soon after we met Kim and I moved to Guelph where I started working at the Mcleary Animal Hospital in Mississauga while also taking on odd jobs at other clinics. 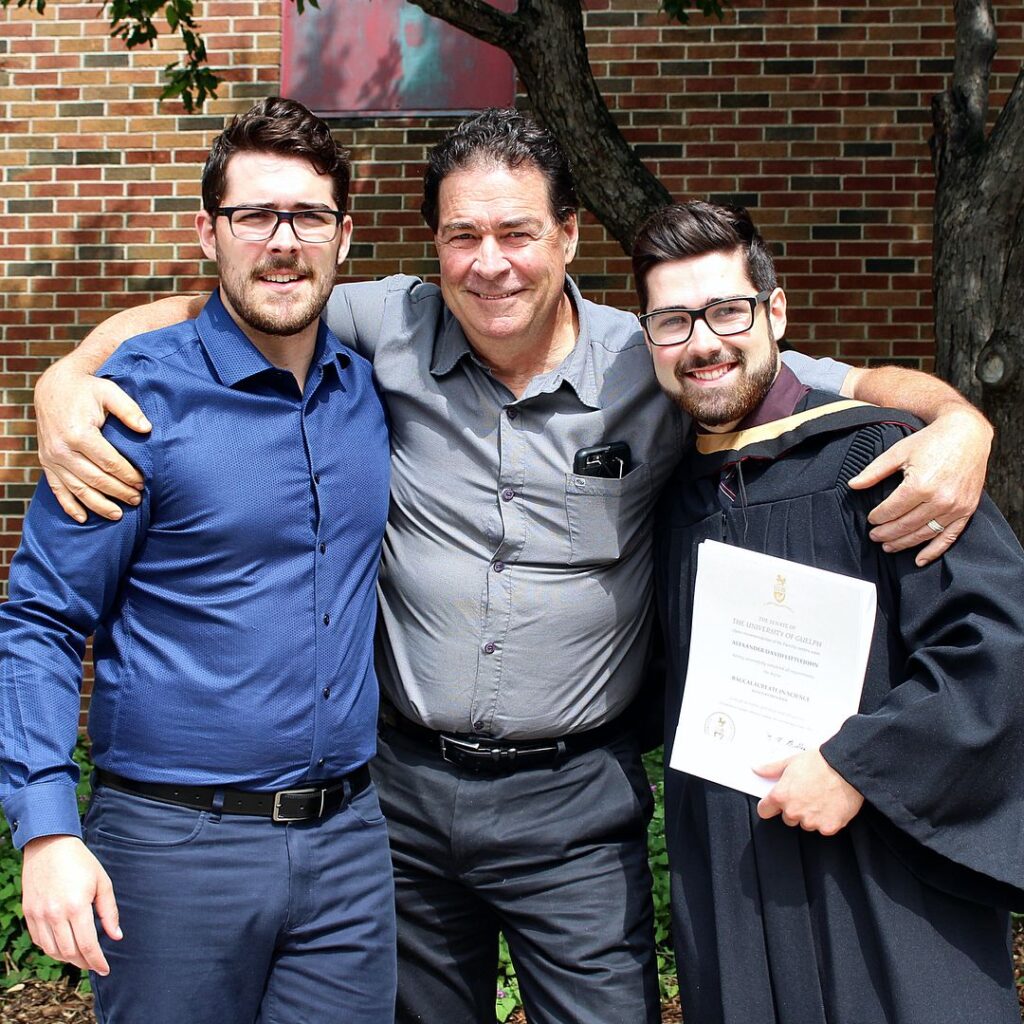 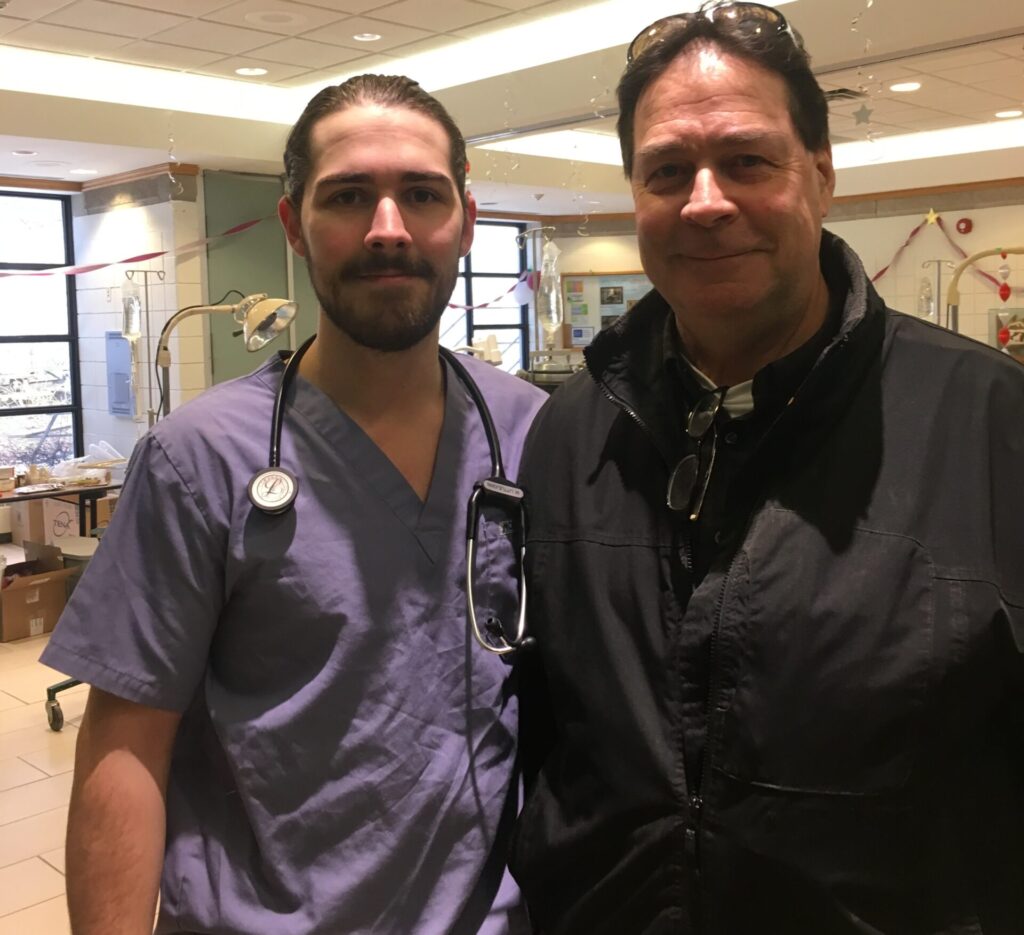 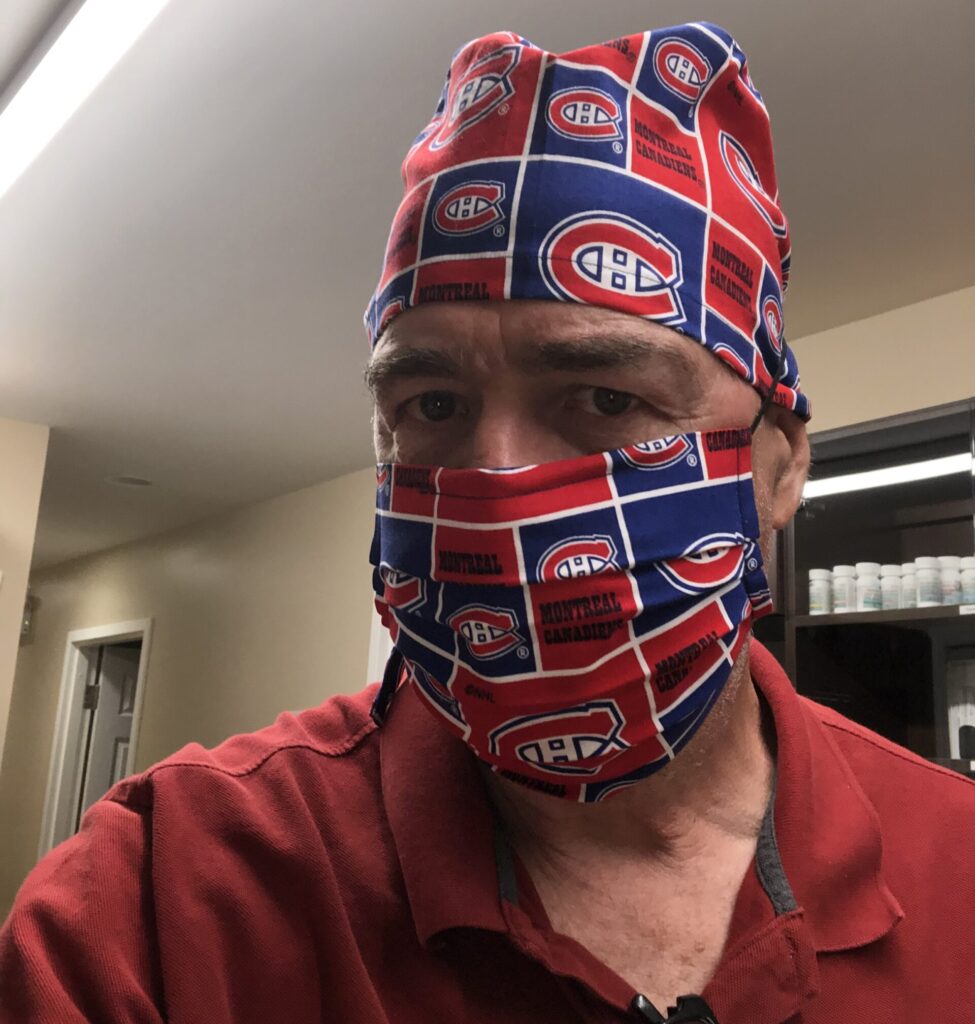 In 1994 my first son Mitchel was born followed by my second son Alec in 1995. Along with the birth of my second son I purchased the Kenney Road Vet Hospital In Brampton.

In 1996 my family and I moved to Georgetown where we decided to settled down for good.

From 1995 to 2021 I ran the Kennedy Road Vet Hospital before handing it over to my son, Dr. Mitchel Littlejohn.

I now spend my time helping educate dog owners through Pawscessories with my son Alec and helping out Mitchel at the clinic when I’m needed.

You can reach out to me on my LinkedIn or to learn more about me.

Education: Bachelor of Science (Honours) In Human Kinetics, Member of the Association of Professional Dog Trainers, and a recognized author by the Dog Writers Association Of America.

About Alec: As a kid growing up with a family of veterinarians I was exposed to animals from a very young age.

Both my mom and dad owned a veterinarian clinic and throughout my life they would come home with dogs or cats that needed to be cared for and monitored overnight. As a kid, I always wanted to help out however I could.

My brother and I were always inspired by their love and compassion for animals that we have both found ways to follow in our parents footsteps.

My brother Mitchel became a vet and now owns and operates our parents clinic (Krvh.ca) and I am building Pawscessories to help inform dog owners all over the world.

Up until the time I moved out to go to university our family raised 4 dogs, 4 cats, 2 rats (yes we went through a rat phase…), 2 hamsters, and 1 bunny! 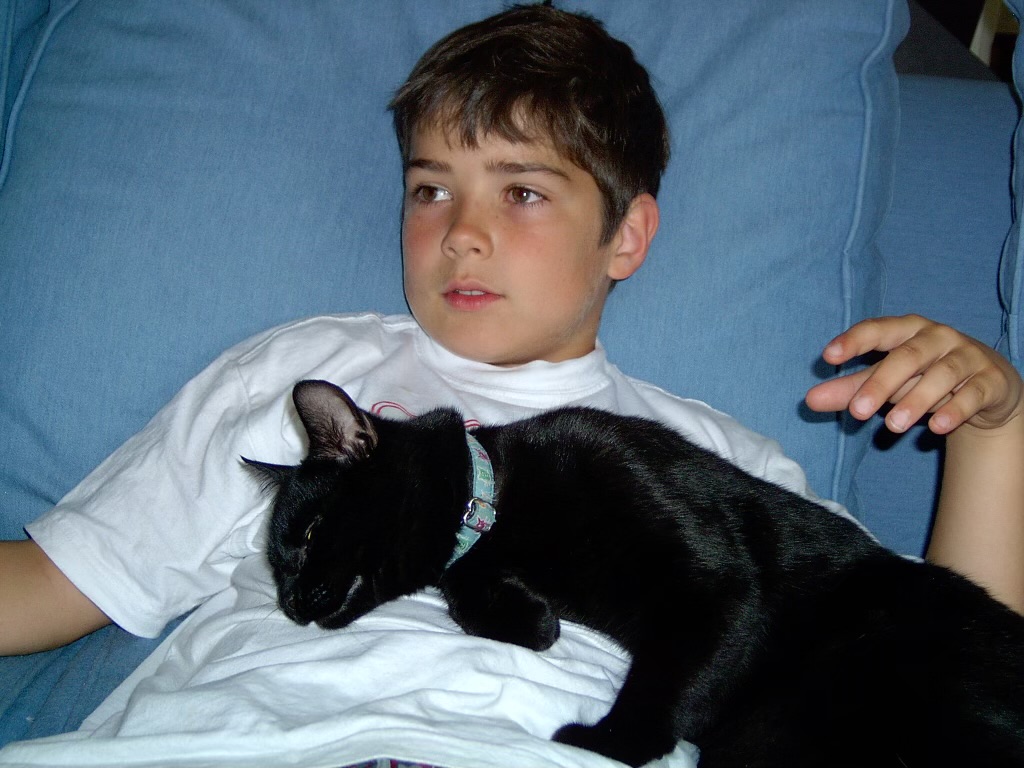 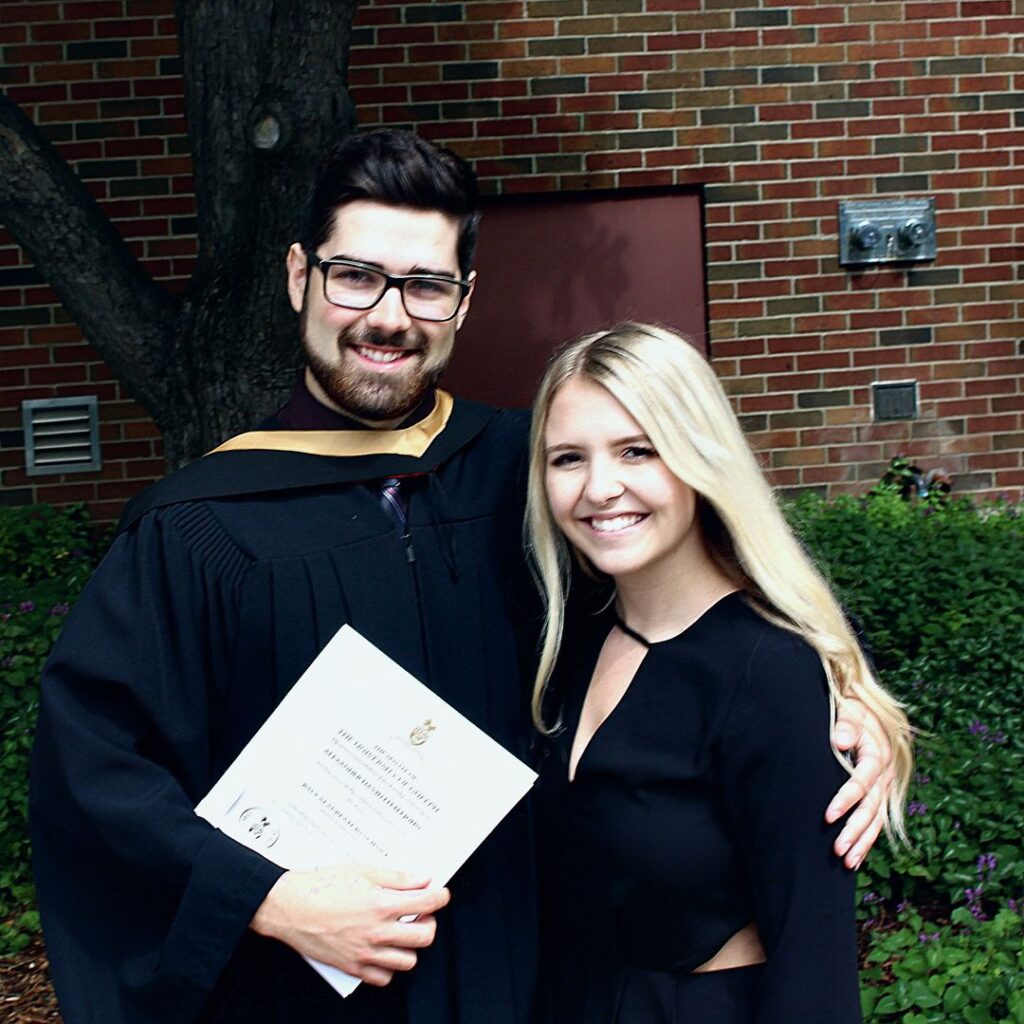 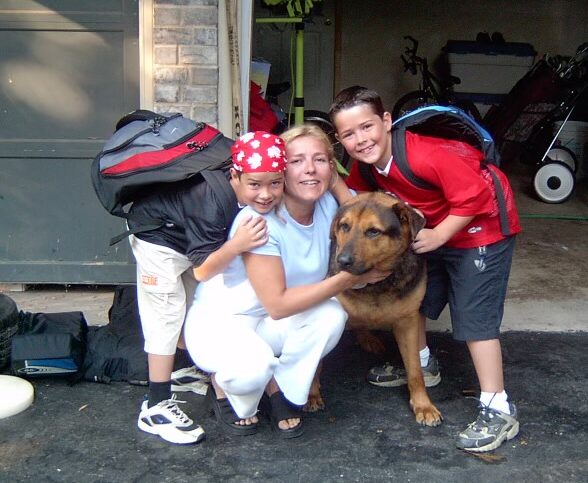 One thing you realize after raising so many animals is that finding high quality products and accurate information isn’t easy to do.

I was lucky growing up in a family that studied and worked with animals for a living, so I was able to learn from experts.

Over the years I’ve learned so much on dog care from knowing the best food brands, diets, healthcare treatments, what things are good vs. what things should be avoided with pets, good and bad toy materials, dog behavior, training, diagnostics and so much more.

When you live with a family of vets that love what they do, animal care is pretty much the only topic of discussion. To this day, we love to talk about dogs and that’s why I’ve decided to share my wealth of knowledge through Pawscessories.

I love dogs and helping others. I hope you and your furry friends can benefit from our work.

You can reach out to me on my LinkedIn to learn more about me!

About Derek: One of the most heart-breaking things I had to do as a kid was give up a dog my family was unsuccessful in training.

We adopted Bailey (a Beagle) from another home where she wasn’t allowed inside. She was such a loving pup but training her was very difficult because of all the bad habits she’d developed being an outside dog.

She also had a quite a few health issues that required very expensive vet visits.

Because of all this my mom and dad made the difficult decision to shelter Bailey.

I remember the night before Bailey had to go I took her out of her crate to sleep in my bed and she lasted the whole night with no accidents.

(Which was a big deal since this had never happened before)

I thought maybe this would mean we could keep her. But unfortunately it wasn’t enough…

Saying goodbye to Bailey was the hardest thing I had to do at that point in my life.

I realized later that it was ultimately because of a lack of understanding as to how to properly train a dog. In my parents mind they never saw her training eventually starting to actually work.

Not because she wasn’t smart enough, but because we didn’t really know what we were doing.

Which is in part why I wanted to create Pawscessories. To help owners better understand their dogs behavior as well as how to fix it so they never have to say to goodbye to their pup too early.

I hope our posts are helpful for you and your pup!

If you’d like, you can learn a little more about me on here on LinkedIn. 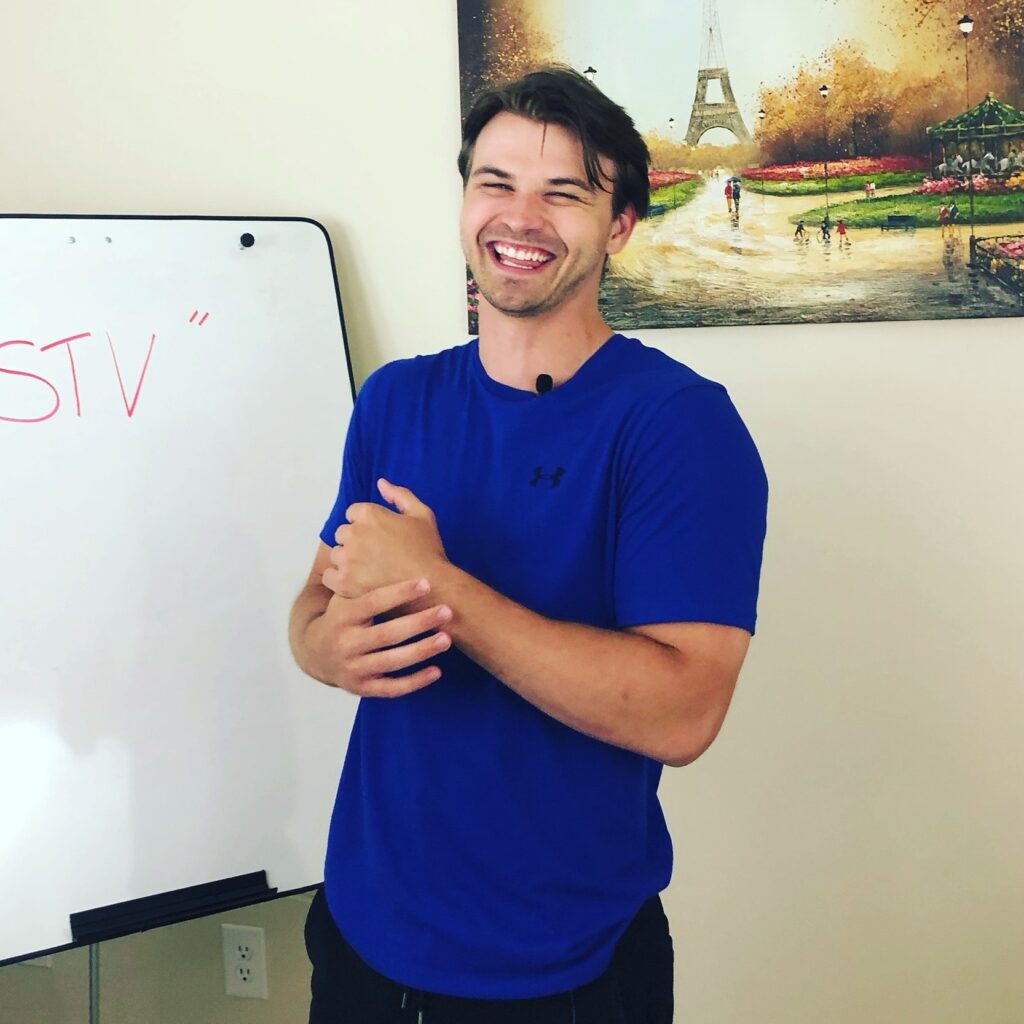 Pawscessories does not intend to provide veterinary advice. While we provide information resources and canine education, the content here is not a substitute for veterinary guidance. Always consult with a licensed and credible veterinarian for dog-related concerns.